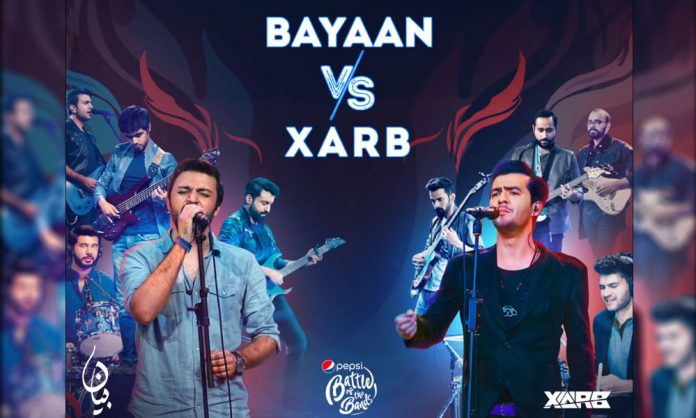 Pepsi battle of bands is known for giving struggling musicians an opportunity to prove themselves and come in mainstream music. Especially after the tremendous success of EP and Aaroh from season 1 and the winners of season 2, Kashmir The Band. This opportunity takes these struggling musicians from uploading music on Soundcloud to doing concerts nationwide. The competition got even intense after the top 4 competitors were announced.

The top 4 finalists were, 21 The Band, Xarb, Tamasha and Bayaan. The bands had to cover any old song in this round so, Bayaan performed Naveed Akhtar’s well known classic “Tha Yakeen”. It sounded really very good with rubab and amazed judges too. 21 The Band performed “Kabhi main sochta hun” by Mehdi Hassan but unfortunately it didn’t did much for the judges. Xarb came up with their cover of “jhanjhar di pawan chankaar” that was an instant hit. Tamasha chose to do the cover of “Tumhein kese bata dun” by Ahmad Rushdi but they also didn’t impressed the judges.

Unfortunately Tamasha and 21 got eliminated and episode resulted with finalists, Bayaan and Xarb. Fans of these two bands are going absolutely crazy on internet supporting their favourites. These finalists have equally divided Pakistanis.

Although Bayaan have been in in the danger zone 3 times, they have shown encouraging growth throughout the season keeping in mind the advises of the judges. However Xarb has been consistently performing well and pleasing the judges. According to the judges everything in this band is perfect and they’ve never given them a chance to criticize.

Let us know in the comments who you’re supporting!