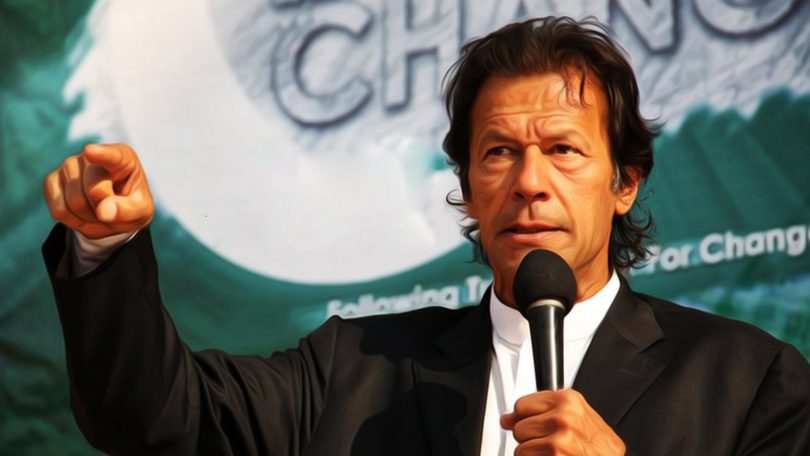 Imran Khan’s first address as a Prime Minister in Islamabad. He started by versing the Ayah of the Holy Quran. First of all, he thanked those who were with him 22 years ago. He said that it is a type of politics which usually people do for a mission like our leader Quaid-e-Azam did also like our beloved Prophet Muhammad S.A.W.W was on a mission and bring a change in the estate of Madina. He said that his desire to make Pakistan an Islamic Welfare Estate which Allama Iqbal dreamt. A country which should be the example of every mouth and proves the real meaning of Islam. What is in the state of Madina, where people were in very less number, there were few tribes but they bring a large change. He can’t forget people like Ahsan Rasheed (late) and Saloni Bukhari who were with him in his time of trial, people make fun of them to be in Tehreek-e-Insaf.

Prime Minister Khan’s over hour-long address focused on calling upon the people of Pakistan to help him overcome these challenges and turn Pakistan into a welfare state. He strongly prominence on the issues of street child education, the police department, water shortage in every province, maintained hospitals and much more.

Here is the brief description of each point:

Need To Stand On Your Own Feet

Khan said no nation can progress by taking loans which are only meant to be used for short periods in difficult times“We need to stand on our own feet. Taking loans means losing freedom and respect.” The prime minister added that there was a need to sacrifice to become a great nation.

According to the report of UNDP

He said, there are two pathways, one where we are always walking on which is full of debts through which we cannot fulfil our desires, we don’t have money for our poor people. for hardworking peasants, we cannot provide pure and fresh water to our people, we cannot provide employment to needy.

First, we must follow the footsteps of Hazrat Muhammad S.A.W.W. who is our role model. Who proved to be the best for all mankind of all era and age.

“Never vote to a leader who is taking your money out of the country,” Khan said. “We will pass the whistleblower act. Anyone identifying corruption in any sector, a whistleblower, will get 20 to 25 per cent of money taken back.”

Khan told Pakistanis people who are stealing our nations money is our enemy.“The corrupt people will make a lot of noise when we target them. They might come out onto the streets or say that democracy is under threat. Either Pakistan will be saved or these corrupt people.”

“We, therefore, need to make sure our government schools are good enough that everyone can send their children to them. This is an emergency.”

Khan also spoke of improving the standard of government hospitals and reforming the health care system in the country.

The prime minister said fixing the health care system would be an uphill task but it was essential to do this.

Clamp Down On Child Abuse Case

Imran Khan said that government must take strict actions in such cases, a ministry of the human right have been formed for such type of act.