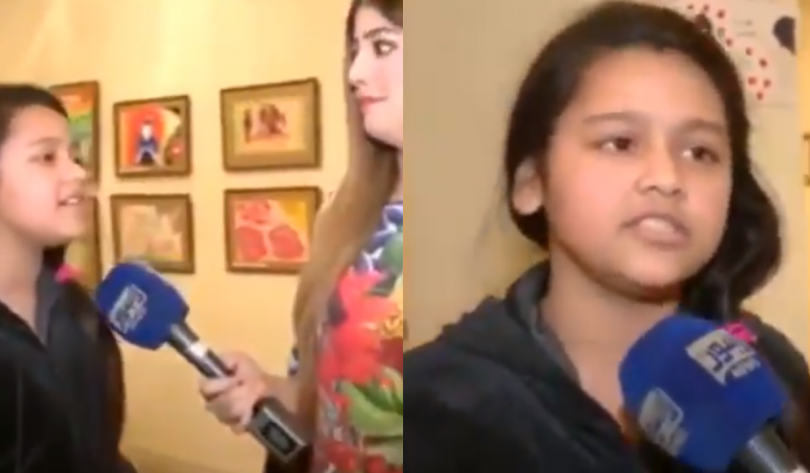 Pakistan was declared as the core of the Sufi music and poetry. After partition, Pakistan got many talents regarding singing and many more. Pakistan is blessed that we have many great Sufi songs in the voice of Nusrat Fateh Ali Khan Sahib and Ghulam Farid Sahib and many more.

Recently, a video of a girl singing in the melodious voice was captured by Lahore News. The video shows that a young girl who is singing some lines of poetry written by the great poet Bulleh Shah. These lines were also sung by Qurat-ul-Ain Balouch in her famous song Saaiyaan.

Vow. She sings Bulleh Shah so well. Anybody know her name?? pic.twitter.com/35aKKjtxWr

The girl sang the song very well and she has a perfect mastery in every Punjabi lyric. People are very impressed with her voice and a piece of curiosity lies in their heart that

” Anybody knows her name?”

This young girl won the heart of many Pakistanis by her dazzling voice that went viral so quickly.

Even some people said that she will definitely become famous and great professional singer in future.

Sweet! She has the potential to become a great gayak.
Ever heard QB's? Thas good too.

Since everyone wanted this young girl on the screens. Alina Lodhi, the host, was asked for help to find this girl.

This girl won the hearts of many people and they can’t stop eulogizing her.

Wow singing without music and auto tune her voice is magical 😍😍