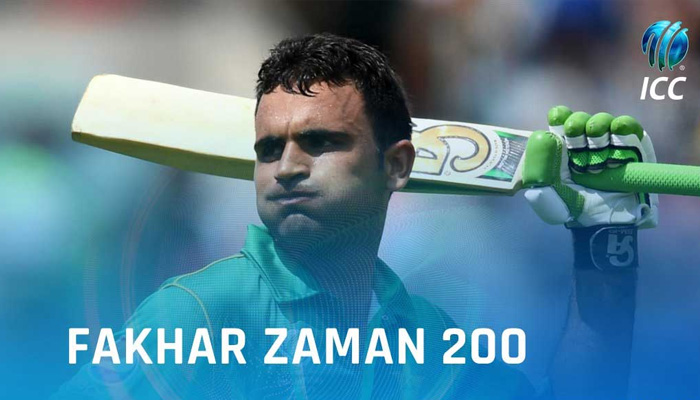 Congratulations to @FakharZamanLive! @TheRealPCB opener becomes the fastest batsman to get to 1000 ODI runs, reaching the milestone in just 18 innings!

Along with Imam-ul-Haq, he also broke the all-time opening partnership in ODI history. Zaman and Imam formed a huge 304-run opening stand before latter was dismissed by Wellington Masakadza. So far, the Pakistani team has broken 10 records in the Pakistan-Zimbabwe series. We have high hopes for Fakhar Zaman, and pray that he keeps breaking all other records.